UsedClothes are good for the world. UsedClothes——About the “Secondary Transformation” of Clothing. Along with the unceasing enhancement of people’s living standards and higher pursuit of fashion trends, Consumers buy clothes more frequently.Resulting in a lot of UsedClothes.  As a consequence, underutilized clothing is unfrequented and abandoned quickly and eventually turns into used garments. We all know that the clothing industry is one of the high pollution industries. Blindly pursuing clothing fashion inevitably leads to clothing pollution more serious. This article raises an intriguing proposition of the secondary transformation of clothing based on the environmental protection in clothing consumption.

The manifestation of the environmental problems in clothing consumption

Socialized production plays a vital role in the development of the whole society. However, it is somehow trampling on individuality and humanity. Mass production and lower prices due to economies of scale make constant plagiarism possible in the clothing industry. At the same time, with the improvement of living standards, consumers buying clothes is no longer limited to the need of keeping warm, but as stimulation of pursuing trends and fashions. The clothes in the wardrobes are changing more frequently, the life circle of which shortens accordingly. As a result, clothing pollution and environmental problems are becoming more and more serious. For example, the annual clothing garbage reaches 130,000 tons in Shanghai, China. People begin to realize that those consumption concepts such as excessive consumption and blind consumption need to be improved immediately. Moderate consumption can avoid resources wasted by excessive consumption in terms of the amount of consumption. As a big city in central China, Changsha’s clothing fashion and consumption are generally typical and at the average level of China’s clothing and fashion industry. While Shanghai is a fashion capital in China and a model of China’s coastal cities, leading the Chinese fashion trend.

The clothing and fashion industries there are the most developed, various from other cities in China. We distribute two hundred valid questionnaires in two typical survey destinations, Changsha Wuyi West Road Commercial District and Lujiazui Commercial District.

The result shows the two places are relatively ideal places to conduct the survey. The occupational structure, age structure, and income structure of the questionnaire vary significantly. 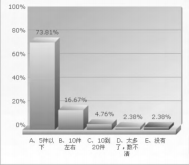 Figure 1: Questionnaire on the number of clothes that have never been worn in your closet 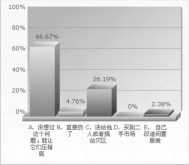 Figure 2: Questionnaire on how to handle idle clothing

The questionnaire results show that most respondents have more or less unworn clothes (Figure 1). Only 2.38% have no idle clothing in their wardrobes. Idle clothing has overflowed in people’s wardrobes and causes a massive waste of resources. Figure 2 is a bar Figure on how people deal with their idle clothing. 66.67% of the respondents just put the idle clothes in the innermost part of the wardrobe, 26.19% choose to donate to others or the disaster area, 4.76% directly throw them away, and 2.38% try to modify them. The awareness of environmental hazards caused by the increase of used clothes is not universal. Many old clothes are transported to landfills, which releases toxic substances and increases the burden on the environment. The chemical fibers in old clothes especially cannot be degradable. Eventually, they will do extreme harm to the environment even after being buried for hundreds of years.

The most disturbing thing is that the changing speed of clothing is increasing exponentially, and the number of old clothes is staggering. Figure 2 shows that respondents nearly will not sell their idle clothes to the used clothes market. They barely have this concept of “used clothes market” and transformation for their idling clothes. According to a past vision, donation and charity are the main ways to dispose of used clothes. But as a matter of fact. The use of old clothes shows

😀 From the international situation, donations can only deal with 15% of used clothes.

😃 Charities and civil affairs departments only need winter clothing, such as down jackets, padded jackets, and overcoats. They all believe that it is not their obligation to make people wear nice.

Therefore, light clothing with a high rate of elimination is not a necessity for them. The truth is a considerable contradiction between an increasing number of idle clothing and ineffective handling is becoming larger and larger. 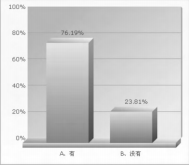 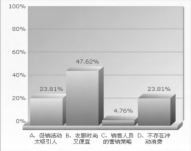 “Secondary transformation” of Usedclothing based on environmental protection

What is “secondary transformation.”

The “secondary transformation” of clothing is to collect idle and discarded clothing, classify and redesign them, and finally put them on the market for recycling. We cannot deny that “Secondary transformation” still has a certain degree of secondary pollution. In transforming old clothes, some resources are still wasted due to technical limitations as the fabrics of some clothes cannot be degraded, and those can be stained. During this process, the gas released by some materials unavoidably causes pollution to the environment.

In response to the backlog of old clothes in people’s wardrobes and discarded old clothes, more and more companies at home and abroad begin to carry out “secondary renovation” of old clothes. Their design schemes are not perfect and still have certain disadvantages. A company in Shanghai first launched the “secondary transformation” in China. Since 2011, Shanghai’s communities and schools have been recycling Usedclothes on a trial basis. More than 1,200 iron panda recycling bins have appeared in 990 pilot communities, recycling 305 tons of Usedclothes in half a year. Clothing worthy of wearing will be sent out according to the regular domestic practice. Among the old clothes recycled every month, there are more than 10 tons of sweaters.

In addition to the ones in good condition that can be donated, 40% of the sweaters will be disassembled and re-knitted. UsedClothes.Communities will invite women to do the knitting work. UsedClothes.Once finished, these Usedclothes will dominate to Hope Primary Schools in Shanxi, Anhui, etc. The light clothing worn in the summer is well organized and exported to Africa to help the local poor. This company classifies 70% of the garments that can no longer be worn according to their fabrics and then recycles them. The entire process is carried out in Shanghai. Whether domestic or foreign, there is still a need to continue research and discussion on the transformation of old clothes. 💛1. The second transformation of the enterprise has not formed a scale, and the specific characteristics are low, negligible, and scattered
💕2. The immaturity of technology restricts the recycling of old clothes.
🧡3. High technical cost and lack of financial support

💜1. Enterprises and governments begin to focus on environmental protection issues in the clothing industry
💚2. Well-known designers start recycling and transforming old clothes, which attracts the attention of many fans to old clothes
💛3. The transformation of old clothes by fashionistas and bloggers has attracted many fans to imitate

💖1. Cultural differences cause people to reject old clothes
💞2. Lack of environmental protection awareness
💝3. Some companies are profit-oriented and fail to fulfill their corporate responsibilities to society

Faced with the current situation, I think we can adapt the following countermeasures: The government provides financial support and policy preference to enterprises engaged in the “secondary transformation” of Usedclothes in technological research and development.

Designers and fashionistas vigorously promote the use of more than one piece of clothing.

In recent years, people’s requirements for clothing are no longer the warmth like in the past, but to keep up with fashion trends. As people pursue fashionable trends, it will inevitably lead to excessive clothing replacement frequency in people’s wardrobes, a large backlog of waste clothing, and unnecessary waste of resources. Therefore, vigorously promoting the “secondary transformation” of apparel and advocating a low-carbon and environmentally friendly consumption model can satisfy people’s pursuit of fashion and realize the sustainable development of the entire society.UsedClothes. 10 years of experience in the used clothing industry. Wrote more than 100 research articles on the apparel industry.